WEMBLEY TEWKES: IMPERFECTIONS ON THE EDGE 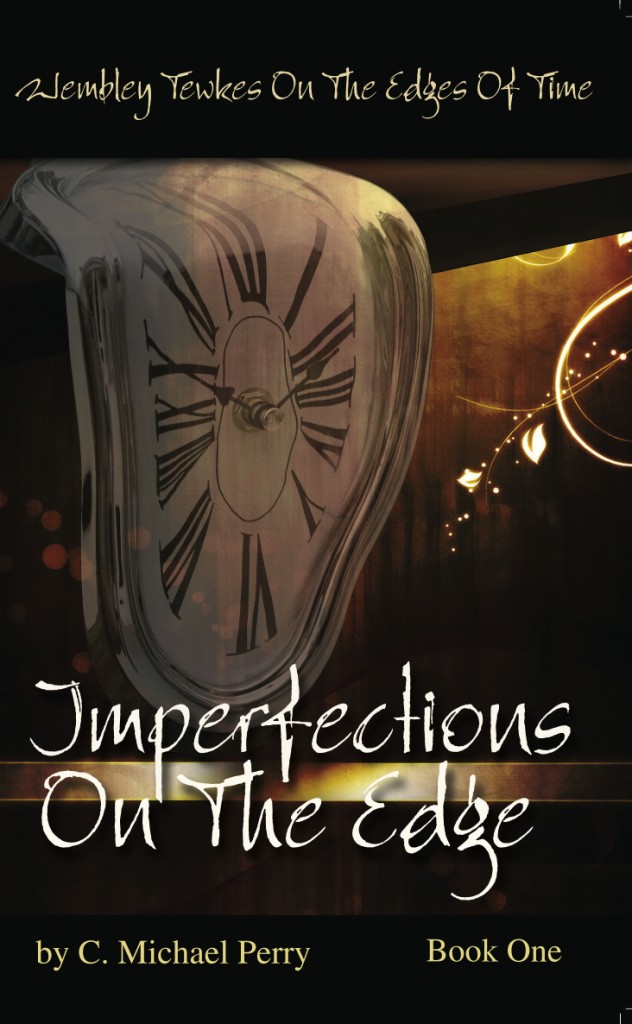 What if what you thought was only a dream was, in reality, one long series of actual happenings?

Wembley Tewkes is an average and very successful fourteen-year-old. Everything comes easily to Wembley: the good and the bad; but still not without effort. Of Welsh origin himself he can trace his ancestry back to both the Picts and the Celts. Once enemies this proud warrior blood is now combined and flowing through the veins of our 21st Century youth. His parents had left Wales in 1999 when he was an infant to escape the heavy hand of the last strong British policy towards the region, and leave behind them the memory of a second son lost in childbirth. They came to America where they settled near Portland, Maine. Through strange and fantastic adventures, completely unplanned or unexpected by Wembley or his family, he begins to sense that he may have a mystic and hidden connection to the magic and lore of his native land.
His nemesis is Evie Griffith, who has a common and similar secret unknown to Wembley. She has been alive and not aged a day since her birth in 500AD.  He is tempted, teased, badgered and bullied by her. She is different. She has some sort of power; power to hurt him — emotionally. He can’t explain it. His friends and family don’t understand it. No one can do anything about it.
Through Wembley’s wide variety of interests he experiences strange, exotic, and uncommon, even disturbing adventures centered around business, farming, Scouting, service to others, theatre, military history, swimming and other sports, along with trips to Wales to visit his ‘Grans ’. There is something about Wales that calls him back.
Some of Wembley’s excursions — his DreamTravels — happen within our universe, our era of time. Most find him in an alternate reality; a second dimension; even in another universe, and always out of his own time. But each encounter with these strange and unusual faraways will lead him closer to his ancient home; and to his destiny.

ABOUT THE SERIES:
Isn’t adolescence difficult enough to navigate through without being taken to other realities at the drop of an uncontrollable thought — yours or someone else’s…or on someone else’s whim?
The three books in this series are about that time of uncomfortability: Adolescence. How can anyone really be comfortable during adolescence? That time of feeling awkward and out of place comes to all of us. What are the most embarrassing, unnerving and difficult things for a teen to face? Everything that Wembley faces! Wembley Tewkes is abnormal in his relatively comfortable life as a confident adolescent, but his world is about to be shaken back down to normal. All of the ‘normal’ things that happen during this time to make anyone uncomfortable will be exaggerated and compounded by the freaky, eerie, unsettling  and just plain weird experiences that Wembley will go through. Every effort will be made, by whatever unseen or ancient powers, to take Wembley out of his norm — his comfort zone — in fantastic ways. For what Wembley has to do, what he is destined to do, will be the most un-normal and uncomfortable thing of all: he will become his own forebear. There will be over 50 generations between his present day life in the 21st Century and his beginning of his own line of descendancy in AD525.

Wembley Tewkes — long, dark, curly hair and blue eyes; an average successful 14 year old; (turning 15 in 2011) good at just about everything he puts his hand to — athlete, scholar, socialite, humanitarian; prone to visions and dreams called by him ‘DreamTravels’; is touched by magic; born in Wales on August 29, 1996, lives now in the area of Yarmouth, Maine. The Tewkes family emigrated to Maine in 2001 just before Wem turned 5.
Dylan Tewkes — his father; magic has, fortunately, missed him; born in Merthyr Tydfil, Wales in 1978
Marged Fitzroy Tewkes — his mother, born in Dumfries, Scotland in 1979, lost a son, Ioan, in 2000,
Ioan Tewkes — the little brother who did not get to live.
Evie Griffith — striking red hair and green eyes, an ‘adopted’ orphan, parents could be made up, or non-existent as no one has ever seen them; the puzzle of Wembley’s existence; jealous of Brindi because of her own desire for Wembley. She appears 17-18. She possesses a mystery and a magic. Claims to have been born in January of 1994
Brindi Williams — also 15, Wembley’s girlfriend and long-time friend, green eyes, light brown hair, b. 1996
Russel Williams — her little brother, age 9-10, worships Wembley, b. Sept 2001
Gwyllym Tewkes — Wembley’s grandfather, he has been touched lightly by the family quirk, enough to aid his grandson who has a bad case of it; Dylan’s father, lives in Merthyr Tydfil, Wales, b. 1949
Bronwyn Gryffudd Tewkes — Wembley’s Grandmother, Dylan’s Mother, lives in Merthyr Tydfil, Wales, b. 1946
Hugh Fitzroy — Wembley’s grandfather, from Dumfries, Scotland, Marged’s father, b. 1945
Adelaide McShane Fitzroy — Wembley’s Grandmother, from Dumfries, Scotland, Marged Tewke’s mother, b. 1946
Ivor Tewkes — Wembley’s great-great-grandfather, born in 1889 in Glamorgan, Wales
Sam Tupper — 15, a tennis friend, b. June 1996
Jenny Copeau — 15, another tennis friend, Sam’s girlfriend, b. April 1996
Bryce Hauer — 16, dark hair; taller than Wem, longer legs and quite a fast runner; on the track team with Wem; slender but wiry-strong. b. March 1995
Talon Waters — a seven year old, mute because of the death of his father, which he witnessed. Wem tutors him at Big Brothers-Big Sisters. He is the first to travel with Wem on a ‘DreamTravel’
Mrs. Waters — Talon’s widowed mother
Trenton Waters — Talon’s little brother, aged 5
Stephanie — a girl at the Youth Center to be ‘Big-Sistered.’
Mrs. Mary Williams — Brindi’s and Russel’s mom (Protector)
Mr. Williams — Brindi’s and Russel’s dad
Thaddeus Fletcher — Antique Dealer (Protector)
Bill Lathrop — Bookstore Owner (Protector)
Asher Tupper — Sam’s 10 year old brother

Civil War Dream Friends —
Johnny Lathrop, b. 1847; Sheriff of Lynnfield, MA; Sergeant; A boy, age 12 or 13; later, Mercer Fletcher (the other grand-father, the one who died.)