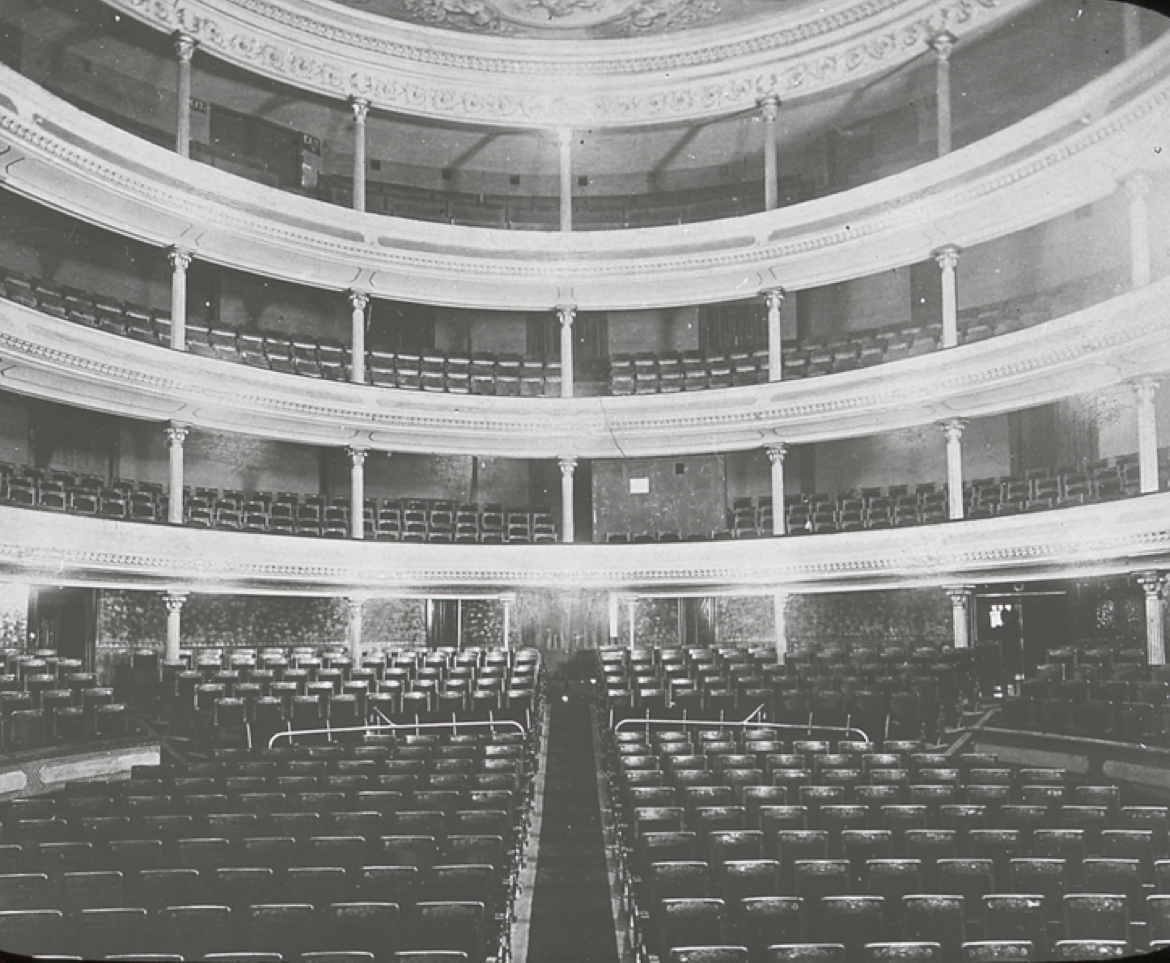 If you have additions or corrections to the list please email me. (EMAIL)

Photos above are of The Salt Lake Theatre, from the files of the Utah Historical Society.

The Salt Lake Theatre was built in downtown Salt Lake City in 1861-1862 at a cost of over $100,000. President Brigham Young donated more than half of the funds because he believed the Saints needed a theater to bring recreation, relaxation, and additional unity to the pioneer community. Visitors from other areas were shocked and even a little scandalized by his support because the theatrical stage did not have a good reputation in the 1860s. However, a glance at his talk given at the dedication shows that President Young made very clear his expectations for good, moral theater (JD 9:242-45 — excerpt below).

The Salt Lake Theatre, with a seating capacity of 1,500, was one of the finest buildings in pioneer Salt Lake City, comparing well to theaters worldwide. It was praised by many of the professional actors who performed in it, including such theatrical greats as Sarah Alexander, Julie Dean Hayne, E. L. Davenport, and John McCullough. “There was scarcely a “star’ of the American stage who did not make a Salt Lake Theatre appearance” (Walker and Starr, p. 73).

After more than half a century of significant productions, however, the financially troubled and aging playhouse was sold in 1928 to be razed for a commercial office building. But the elements of theater-music, dance, and drama-established by the Salt Lake Theatre by the Mormon pioneers through six decades of continuous operation could not be torn down or destroyed. In 1962 the Pioneer Memorial Theatre, commemorating the old Salt Lake Theatre, was dedicated on the University of Utah campus and has since played a full season each year.

(from Encyclopedia of Mormonism [at BYU])

“If I were placed on a cannibal island and given the task of civilizing its people,” Brigham Young reportedly said, “I should straightway build a theatre for the purpose.”

The second quote was given at the Dedication of the Salt Lake Theatre: said Brigham Young,

“Upon the stage of a theater can be represented in character, evil and its consequences, good and its happy results and rewards; the weakness and the follies of man, the magnanimity of virtue and the greatness of truth. The stage can be made to aid the pulpit in impressing upon the minds of a community an enlightened sense of a virtuous life, also a proper horror of the enormity of sin and a just dread of its consequences. The path of sin with its thorns and pitfalls, its gins and snares can be revealed, and how to shun it.” (Discourses of Brigham Young, p.243; Bookcraft, 1998)